The State of VR/AR 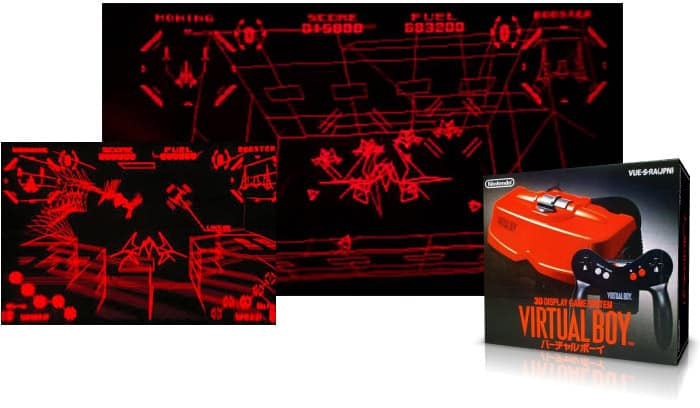 VR (Virtual Reality) has come a long way since the Nintendo “virtual boy” of 1995. The technology back then was rather craptacular but the dreams of content immersion were the same as they are today.

Over the last couple of years there’s been a massive resurgence in VR which we can attribute to the technology available: high resolution displays, 3D space motion tracking, accelerometers & gyroscopes etc. The clunky motion sickness and pixelated graphics are slowly receding to reveal a more natural and nuanced experience. The current VR heavyweights HTC Vive, Oculus Rift and PSVR have allowed us some amazing virtual reality gaming experiences all the while continuing to work on and improve their product offerings.

This is generally a total immersion experience for the more hardcore PC gamers but developers including Facebook and Samsung are trying to open this VR avenue up to a more mainstream audience… and this is where AR could really clean house.

Augmented Reality (AR), while still in its infancy is gaining a lot of traction. Some high powered tech companies with significant backing are sinking a tonne of money into research and development. They believe AR is the future and that we won’t be looking at our smartphone screens forever – because we won’t have to.

Among the companies working on AR smart glasses there is Magicleap and Avegent. What these companies have in common is the dream of bringing together the digital and the natural realms. Hopefully without making you look like a complete knob in the process, a la Google Glass.

While not all that much is known about Magicleap’s  offering it’s probably something akin to Avegent’s light field tech. Avegent recently showed off their first prototype to media journalists, it shows the technology but not anything that you would want to wear on the street unless you wanted a dropkick to the face. But the tech is amazing, they had only $37 million in funding compared to the ‘yet to be unveiled’ Magicleap’s $1.4 Billion from Google and Alibaba. Magicleap also has Weta Workshop as a partner most probably working on some triple A level content.

On the web front developers have been tinkering, browsers have been adopting and we have WebVR, which is like a 3D view inside the web using WebGL as it’s backbone. Although still early in development, it’s coming along nicely. Only the other day they added linking (think ‘portals’) and motion controls into the A-Frame(WebVR) framework, which is making content development  easier. Recently another tool ‘Hologram‘ has been released (macos only at this point) and utilizes the AFrame framework, it helps makes development easier: “Hologram is a pioneer Desktop app that let you create and prototype WebVR in interactive and fun way. It requires no previous coding knowledge, so anybody can start designing cool VR experiences. It only takes a few steps.” So I’m pretty keen to try this one out.

Google is a big VR advocate and has been working on a new tool called ‘Blocks’, essentially allowing you to model 3D objects in VR. See below:

This is super handy if you’re an indie game developer, as Naam points out:

All these new technologies are great but how would you go about adopting them into something like an Ecommerce store?

Well Shopify developers have recently been tinkering with this idea, for their conference they showed “…how 3D and virtual reality could be seamlessly embedded into Shopify stores”.

This mix of 3D and Ecommerce could definitely help to sell products. Once these new smart glasses are as ubiquitous as our phones things could really take off. You could try on a new outfit by looking into a mirror and waving your hands to change clothing, same thing with hairstyles. Heck! you could be sitting in your office chair and be test driving a new Tesla concept car!

If the demand and saturation is there we could easily see a new industry opening up whereby substance designers would create the virtual reflection of the real world products. Capturing the model, weight, physics, photogrammetry (colour and texture), bump mapping, specular highlights etc essentially blurring the lines between video game development and the web.

Alongside up and coming web technologies is “ARKit” from apple and “ARCore” from android, these new Software Development Kits (SDK’s) allow developers the tools to create Augmented Reality apps natively on the phone. At this moment you can expect a tonne of measurement apps to be flooding the app stores! But seriously this is pretty cool, take IKEA for example who recently launched “Ikea Place” an app that lets you place Ikea furniture in your tiny apartment to see if it fits. Time to put that FLÄRDFULL on my ceiling where it should be.

Or take this portal in the middle of a street by “Nedd” which utilizes AR well:

So it’s an interesting time, simmering new technologies on the horizon and some cool ideas about Ecommerce. Once Magicleap shows off its offering we will start to get a good sense of the smart glasses direction for the future. We’ll also see if or how our phones and glasses might talk to each other to deliver these experiences.

Have you joined Manaaki yet?