Exciting and weird times ahead

I’ve been fascinated by the Internet since I was first exposed to it in 1994. Without doubt, it is one of the most important inventions in human history. This is one of the most interesting times to be alive because we’re seeing rapid changes and breakthroughs brought about by the new era of connectivity in technology, business, education, entertainment, science, and the future of work.

On the negative side, because things are changing so quickly, it can be a pretty frustrating, scary and confusing time if you’re not up with the play. The dreaded ‘digital divide’ is not something you want to be on the wrong side of. Not everyone has a smartphone or a computer with a broadband connection. And despite the large majority of the population who have got access, not everyone has the educational background or cognitive ability to use it effectively (sharing cat photos on Facebook and ‘hooking up’ on Tinder is not what I would call effective use of the Internet).

An unfortunate side-effect of the “disruptive innovation” we’re seeing is that industries can disappear overnight and a whole lot of people suddenly find themselves out of work (or shorn of their privileged status). Some of them can see the writing on the wall right now and are pushing back. You’ve probably heard about taxi drivers revolting against the car-sharing app Uber, motel owners complaining bitterly about AirBnB, and Taylor Swift pulling her music from Spotify.

I don’t have a great deal of sympathy for some of the businesses that are getting disrupted by new online models (spending $100 on a taxi from Auckland airport to the CBD is a joke that wears thin pretty quickly), but for a lot of people, it can be pretty tough. If you can’t use the Internet effectively, it’s already harder to get a job, to bank, to access basic services, to shop around for goods and services, to pay bills, to stay in touch with friends and family, and to access education.

Any if you own a business or perform knowledge-based work, you cannot expect to succeed if you lack skills and expertise in the online domain. So the aim of this column is to tell you what you need to know for your business to succeed or your career to flourish in the online era, and to help you understand how important this stuff is, to Hawke’s Bay’s future, and to New Zealand.

I’ll be interviewing local people who are making great use of digital and hopefully I’ll prise from them some secrets of their success. I’ll share with you a lot of lessons that we’ve had to learn the hard way as we’ve grown an online business from our living room to a company with customers in 40 countries. And I’ll try to prepare you for the challenges that lie ahead as the rate of change gets faster.

A famous man once said, “It’s tough to make predictions, especially about the future”, but I’m going to have a crack at naming the five online trends that will have the greatest impact in the next 5 to 10 years. Millennials (also known as Generation Y) are the people who have never known life without the Internet. In five years’ time, millennials are expected to account for 51% of all New Zealand employees (CIO New Zealand, 13 May, 2015). They already outnumber Generation X in the workforce and are steadily replacing the baby boomers who are retiring. The rise of the Internet generation will have profound implications for workplace culture. And whatever stereotypes you’ve got in your head as you’re reading this, you’re almost certainly wrong. The truth is that we don’t know what’s going to happen when the millennials are in charge.

The Internet of Things:

It’s been talked about for a long time, but the Internet of Things will finally emerge. This is when just about everything that can be connected to the Internet, is connected. It will be enabled by (and spur the uptake of) superfast mobile connectivity, e.g. so-called “5G” with multi gigabit/sec speeds. Think 4K and 8K video, autonomous cars, smart homes, massive arrays of surveillance sensors, the tactile web, wearable tech, and augmented reality. For many city dwellers, it doesn’t make sense to own a car any more. Expensive parking and traffic congestion mean that just-in-time service delivery facilitated by online platforms (e.g. Uber) makes a lot more sense than spending money on a car that sits unused for 22 hours a day. In the same way, the traditional Kiwi bach is becoming less attractive as services like Book a Bach and Holiday Houses enable holiday makers to pick and choose from a huge selection without committing equity to a bach that sits empty for the majority of the year. There is widespread disagreement over the implications of services like Uber and AirBnB. Some academics predict that they will give rise to an underclass of exploited service workers. Others argue that society been heading that way anyway (see ‘zero hour contracts’).

Internet-enabled drones will become ubiquitous, performing a wide variety of tasks in precision agriculture, surveying, mineral exploration, search and rescue, media, law enforcement, and security. Expect regulators to be very busy in the next few years with issues as diverse as privacy and air traffic safety. The consumer experience has pretty much been completely transformed by online. You can buy almost anything online now (It has been nearly 10 years since Fairfax bought Trademe – and supermarkets have been delivering online groceries for about 15 years). From now on, the unsexy parts of the Internet will be the biggest online growth areas.

Xero is already seeing this with their quite deliberate choice of the deeply unsexy accounting market. Domination of this market will give the company a great springboard into the even more unglamorous world of tax.

At some point elections will be conducted largely via online voting, and healthcare is rapidly moving online.

So there are some pretty exciting and (no doubt) weird times ahead. But back to the here and now. There are some tools you need to start using. One of the perks of working with clients on website projects is that we come into contact with some pretty techy people and quite often we get to hear recommendations for good tools to use. After a lot of trial and error we’ve settled on a good set of must-have tools. Here are some that are good for general use in any kind of business. I recommend that you try them out. Quite a few of them are free.

And subscribe to Seth Godin’s blog. He is the most influential marketing thinker on the planet.

Reflection on the craziest year and finally discovering work/life balance 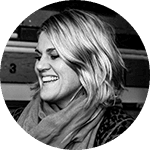 How to create an effective email newsletter