3D in the browser

In 2013 year I wrote a post about browser 3D, where we were at with the technology and what we might be looking forward to.

To be honest it doesn’t look like much has really changed in the browser spec since that time, but with every new mobile device coming out, we are getting increasingly powerful CPU’s, more RAM, and higher end graphics chips which allow us to utilize hardware-acceleration in more accessible and less clunky ways. This can only be a good thing.

This morning I was thinking how horrible it would be if informational websites started emulating games and required you to do certain tasks in order to get information. I imagined a first person character walking down a finely cobbled path then stopping to befriend a talking crow who espouses a mission statement followed by a lengthy ‘about us’ dialogue. Wow… what an abomination.

I think 3D has its place but merging it with an internet of simple, easy to access information is probably a really bad idea. We can see it in avenues like games,  maps, streetviews, medical visualizations, digital assets for 3D programs, virtual reality and lots of other experimental ideas that developers are pushing toward.

Check out how these guys use webGL to show their digital assets: – sketchfab.com, playcanvas.com, p3d.in

Recently I’ve been having fun learning Unity, a cross-platform game development engine. Being an avid gamer, I thought it was about time I started tinkering with a bit of game development, or even just some terrain modeling. First little play test below:

My brother told me if I added some cute bunnies i’d have a worldwide hit… I couldn’t argue with that. But after creating this I wondered how i’d share it with someone.

As it turns out Unity has its own web plugin – which is now sadly deprecated in Chrome.  The Unity plugin used Netscape’s old API so recently it got the boot. According to Google: “NPAPI’s 90s-era architecture has become a leading cause of hangs, crashes, security incidents, and code complexity”.  Fortunately Unity exports to HTML5/WebGL but this doesn’t look like it performs as well and I think it would need a bit more development to be as great as the old plugin was.

zproc says: I tried exporting to WebGL not long ago, one Unity Plugin build that would be like 3 or 5mb ends up being 100mb+ exported in WebGL. Not really great.

I still need to work on my skills so I might leave the exporting to the cloud for now. But it would be nice for the WebGL exporter to get some looking into; the ease of use in opening a URL and exploring a world is quite alluring – if your hardware is good enough to handle it. Then if we mix that with some AR/VR goggles the possibilities are endless.

Microsoft has been releasing a bit more info on their HoloLens offering recently and it looks promising. Having the ability to interact with digital content as if it were physical definitely seems appealing.

This essentially looks like more work for designers and developers in supporting another line of products, but it might not actually be that different for the average website.

If the browser is basically a window like any other then we would just be scaling and pinning tabs onto the walls in our homes. Where did I put that Netflix tab?

Interacting with your average website might be as easy as using the same touch screen mechanics that we are all used to, but translated into 3D space. A la Minority Report.
However Microsoft handle the interaction I just hope it isn’t laggy and underpowered.

Along with browser possibilities in VR we’ll also be seeing updated apps and ports from Android and iOS filling up the Windows Store. Even more things to clutter your walls with?

Imagine coming home from work to see that your daughter has redecorated the walls of your home with a million virtual pictures of Justin Bieber. Wow.

Until then we will just have to wait and see – Microsoft hasn’t released an SDK  yet. 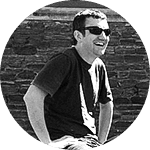 What’s the best eCommerce solution for your business?